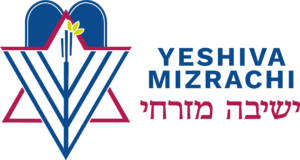 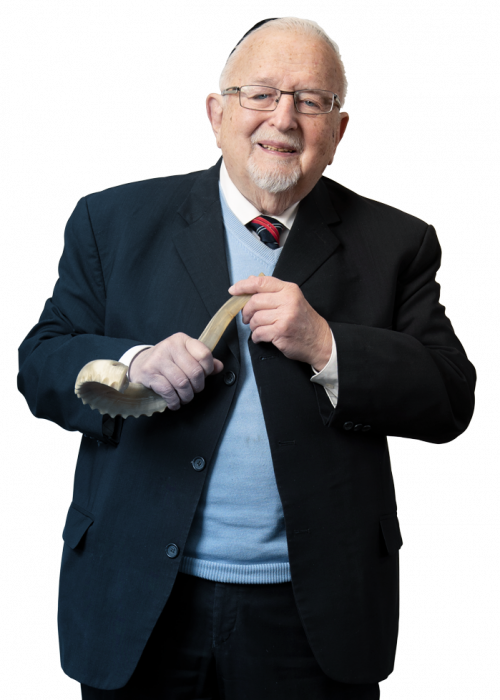 Rabbi Avraham Tanzer Z”tl was the founding Rabbi and spiritual leader since 1963 of the Glenhazel Area Hebrew Congregation and Yeshiva College School along with his wife, Rebbetzin Marcia Tanzer.

Yeshiva Mizrachi is a Torah fuelled, leadership-development and educational organisation. We are committed to a Torah, Zionist and centrist philosophy with a broad view of our role as engaged South African citizens. 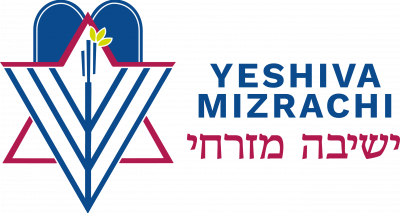 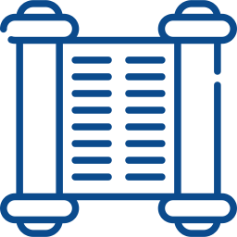 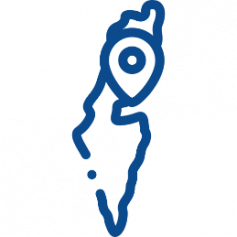 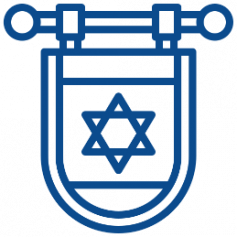 Rabbi Avraham Tanzer Z”tl was the founding Rabbi and spiritual leader since 1963 of the Glenhazel Area Hebrew Congregation and Yeshiva College School along with his wife, Rebbetzin Marcia Tanzer.

Rabbi Tanzer was born in Brooklyn New York, USA in October 1935. He was educated at the Yeshiva Torah Ve d’as in New York, and at the Telsher Yeshiva in Cleveland, Ohio. After he received smicha, he continued as a fellow at the Post Graduate Institute Kollel Yad Eliyahu Meir, and was also a graduate at the Kaufman Teaching Institute in Cleveland.

Rabbi Avraham and Rebetzin Marcia Tanzer have had an immeasurable impact on the establishment and strengthening of Torah education and a Torah observant community in South Africa. Under his 54 years at the helm of Yeshiva College, the school grew from a small religious boys’ high school consisting of 13 boys, into a dynamic school of 960 students, providing a comprehensive education from nursery school to matric, and including a girls’ high school. The school was founded as a Bnei Akiva Mizrachi School.

Rabbi and Mrs Tanzer were instrumental in establishing and building the Glenhazel Area Hebrew Congregation, a shul community consisting of 750 families, with 7 minyanim on campus, and including a kollel, mikveh and eruv. Rabbi and Rebbetzin Tanzer oversaw the integration of the school and shul into a single campus, initially unique in South Africa if not the Jewish world at large.

Mizrachi is the global Religious Zionist movement based in Jerusalem, spreading Torat Eretz Yisrael across the world and strengthening the bond between the international Jewish community and the State of Israel. It inspires people with a sense of commitment to the Torah, the Jewish people and the Land of Israel. Based in Jerusalem and with branches across the globe, Mizrachi – an acronym for merkaz ruchani (spiritual center) – was founded in 1902 by Rabbi Yitzchak Yaakov Reines

Combined, Yeshiva Mizrachi has helped build the Yeshiva College Campus into the central engine of religious Zionism within the South African community. Through the current Rabbinical leadership of Rabbi Jonny and Natalie Altman and Rabbi Alon and Dani Friedman a religious, dati leumi environment has been created with Israel and the Torah being the main focus.

Our newly appointed Rosh Yeshiva, Rabbi Nechemya Taylor and his wife Rebbetzin Avigail, will assume leadership on values of Talmud Torah, Eretz Yisrael and Am Yisrael. They share a deep passion and commitment to the South African Jewish Community and were close friends and colleagues of the late Rabbi Avraham Z”tl and Marcia Tanzer. Rabbi Taylor and Rebbetzin Avigail, spent time in South Africa as Shlichim in the late 80’s and will please G-d be returning to our shores this year.

We look forward to continuing building on the legacy of Rabbi Tanzer Z”tl and Rebbetzin Tanzer in this new chapter.

The Yeshiva Mizrachi Shul is a pillar of learning, spiritual growth and unity in the religious Zionist community.

Apart from daily and three Shabbat Covid-compliant davening services, the shul’s many learning programmes, community initiatives, events and online offerings continue to play a part in the constant spiritual upliftment of the South African Jewish Community. Daily and weekly shiurim target each community age group and are offered in-person and recorded online for community members to benefit from in their own time. From seniors’ shiurm, to a focus on women, in-depth halacha learning and addressing topical issues, all facets of the community’s needs are met.

Youth madrichim run exciting Shabbat programmes designed for each age group from Nursery School until Grade 6, who are role models for the children of the community. These include shows and games, Zoom programmes and a weekly newsletter designed specifically for the children. Each chag children events are hosted to educate the youth about the upcoming festival.

Through the Rabbinical leadership of our new Rosh Yeshiva, Rabbi Nechemya Taylor and Rebbetzin Avigail Taylor, Rabbi Jonny and Natalie Altman, Rabbi Alon and Dani Friedman, a religious, dati leumi environment has been created with Israel and the Torah being the main focus.

Rosh Yeshiva of Yeshiva Mizrachi and Mizrachi South Africa, Rabbi Nechemya Taylor was born in England and made Aliya with his family in 1970. After matriculating at Kfar Haroeh, he studied at Yeshivat Kerem B’Yavneh for 10 years and received semicha from the Rosh Yeshiva, Rav Goldvicht, and from the Chief Rabbinate of Israel and studied Dayanut. In 1987 the Taylors went on Shlichut to Johannesburg, as the first shaliach of Mizrachi, the Dean of limudei kodesh in the boys high school and a teacher in the girls’ school in Yeshiva College. Rabbi Taylor served as the Rav of the Bnei Akiva minyan and later founded the Hashkama minyan together with the Rosh Yeshiva (which was the forerunner of the Mizrachi Minyan) . After returning to Israel in 1991, Rabbi Taylor began to teach in the Kollel and Midrasha at Bar Ilan, taught Dayanut and the M.T.A program in Shilo. Throughout the years in Bar-Ilan, Rabbi Taylor taught Gemara, Semicha, Dayanut, Tanach, Machshevet Yisrael and prepared Rabbanim for shlichut. In addition to teaching an advanced Gemara and Halacha for post midrashot students and doctorates at the Midrasha of Bar Ilan.

From 1997 – 2010 Rabbi Taylor served as the Rav of Kehilat Mekor Chayim in Petach Tikvah alongside his role as the Torani advisor of Torah Mitzion.

Rebbetzin Avigail (Hazdan) was born in South Africa and has a B.A and High School teaching Diploma as well as an M.A in Educational Counselling. She made Aliya in 1977, got married that year and taught Hebrew, Limudei Kodesh and Jewish History at a special programme for JFS high school students from England in Givat Washington. From 1981 she was a Mechanechet in the school in Shilo, and during their Shlichut in Johannesburg she taught Limudei Kodesh at Yeshiva College and Torah Academy Girls High School. Upon their return to Israel, Avigail continued as a Mechanechet and later worked as an educational counsellor for many years in Petach Tikvah. The Taylors have four married children who all live in Israel and are blessed Baruch Hashem with many grandchildren.

We welcome the new Rosh Yeshiva and Avigail together with our other core stakeholders: Yeshiva College Schools, Yeshiva Mizrachi Community, Mizrachi SA, Beit Mordechai Kollel, The Midrasha, Emunah, and Bnei Akiva and look forward to continuing building on the legacy of Rabbi Tanzer Z”tl in this new chapter. 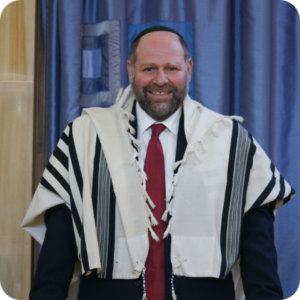 Rabbi Jonathan Altman went to King David Victory Park and was a committed Bnei Akivah chanich and madrich. He studied in Israel at Yeshvat Hamivtar and Toras Moshe and returned to complete his Post-Graduate qualification in international Tax.

Rav Jonny started his Rabbinic career in 2001, with his wife Natalie, as the founding couple of Beit Midrash Morasha in Sea Point Cape Town. After 10 years there he pursued his business interests as a Strategy and Management Consultant in Cape Town and Johannesburg whilst still maintaining Rabbinic and communal involvement until the beginning of 2019 when the family moved to Johannesburg to continue to teach, influence and motivate members of the broader Yeshiva Mizrachi Campus.

He and Natalie have 7 children. 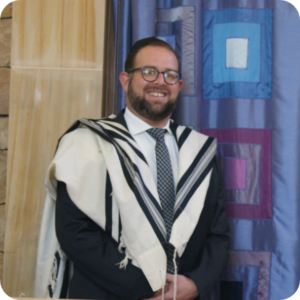 Rabbi Friedman got married in 2010 to Daniella and attained his Bachelor of Commerce degree in Finance from UNISA in 2013. Rabbi Friedman received his Smicha from Machon Ariel in December 2013 and has completed a teacher training degree from Bar Ilan University.

Rabbi Friedman is currently a Rabbi of the Yeshiva Mizrachi community, a full-time teacher at Yeshiva College High School as well as an Avreich at the Beit Mordechai Campus Kollel. 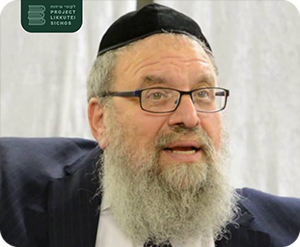 Rabbi Levy Wineberg is an author, scholar and shliach to Johannesburg, South Africa since 1983. During his tenures as Rosh Yeshiva, Rosh Kollel and as head of the Machon LeHoraah (Semicha) he founded, he has educated and inspired two generations of students of Talmud, Halacha, and Chasidic studies. Famous for his ability to explain complex subjects in simple terms, Rabbi Wineberg has a gift for illustrating abstract ideas with a pungent story and a pithy aphorism. By pioneering innovative projects that brought Torah to an English-speaking audience through the media and in print, he has infused thousands, since the 1970s, with an enthusiastic love for Torah and its modern day relevance.

More information about our membership options